A Closer Look at the Case of Aafia Siddiqui, 'Lady Al Qaeda', Jailed in Texas - Breitbart 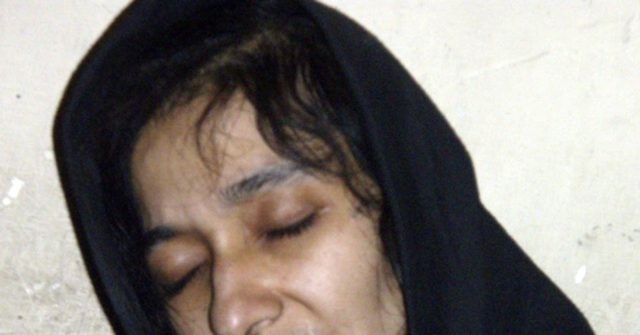 Jan 16, 2022 1 min, 9 secs
WASHINGTON (AP) — The man who authorities say held hostages inside a Texas synagogue on Saturday demanded the release of a Pakistani woman who is imprisoned nearby on charges of trying to kill American service members in Afghanistan.The woman whose freedom was sought, Aafia Siddiqui, is serving an 86-year prison sentence after being convicted in Manhattan in 2010 on charges that she sought to shoot U.S.

military officers while being detained in Afghanistan two years earlier.

In 2008, she was detained by authorities in Afghanistan.

She expressed frustration at arguments from her own lawyers who said she deserved leniency because she was mentally ill.

In the years since, Pakistani leaders have openly floated the idea of swaps or deals that could result in her release.Faizan Syed, executive director of the Dallas-Fort Worth chapter of the Council on American-Islamic Relations said the group considers Siddiqui to have been “caught in the war on terror” as well as a political prisoner who was wrongly accused through flawed evidence.

military members after receiving training in Syria also planned to fly to Texas and attack the federal prison where Siddiqui is being held in an attempt to free her.