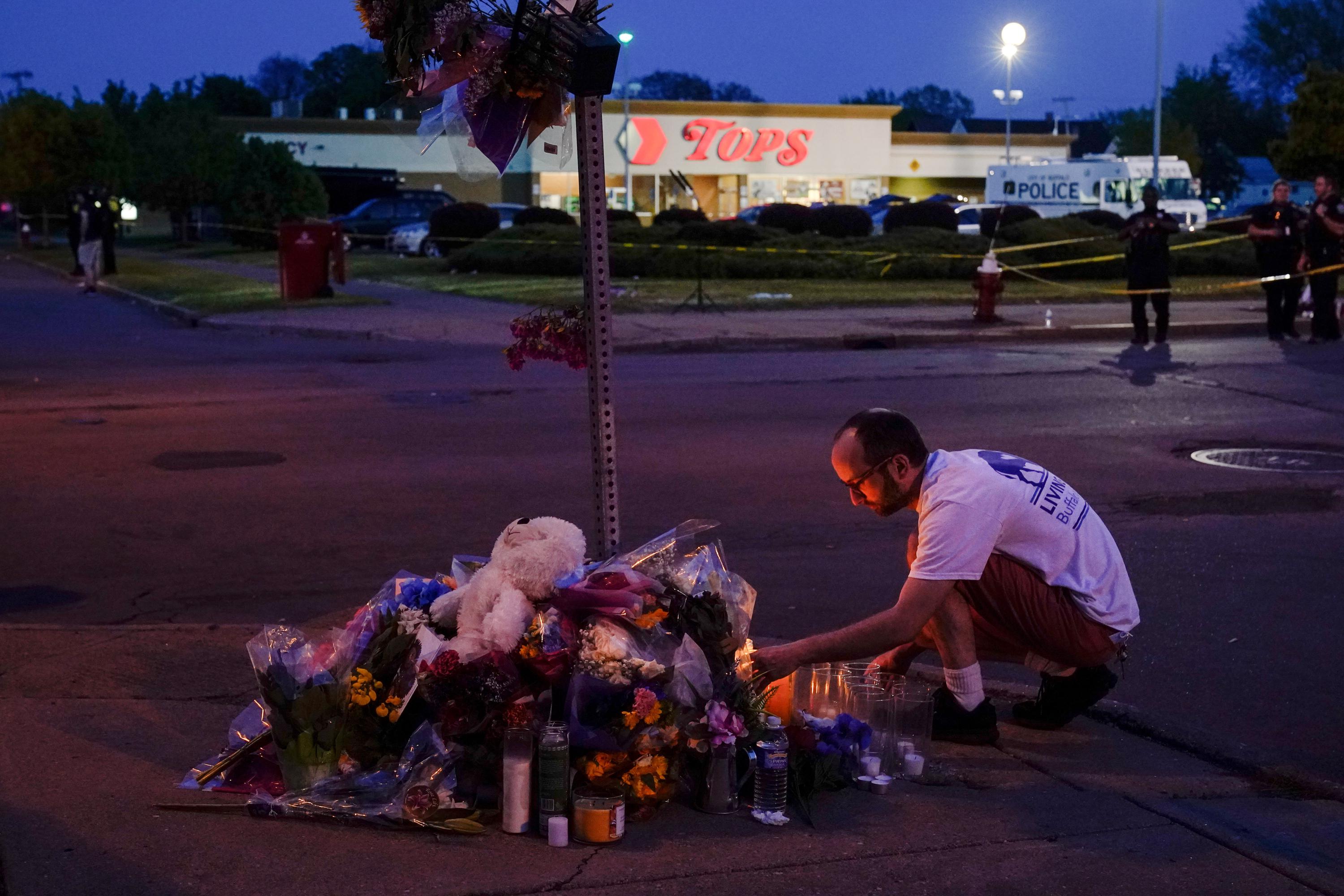 May 21, 2022 1 min, 43 secs
(AP) — After mass shootings killed and wounded people grocery shopping, going to church and simply living their lives last weekend, the nation marked a milestone of 1 million deaths from COVID-19.

The number, once unthinkable, is now an irreversible reality in the United States — just like the persistent reality of gun violence that kills tens of thousands of people every year.

“I don’t think that most Americans feel good about it.

I think most Americans would like to see real action from their leaders in the culture about these pervasive issues,” says Lincoln, who adds that there is a similar “political vacuum” around COVID-19.

response to COVID-19 and its response to the gun violence epidemic, says Sonali Rajan, a professor at Columbia University who researches school violence.

Gun violence has persisted as a public health crisis for decades,” she says, noting that an estimated 100,000 people are shot every year and some 40,000 will die.

And in about half the states, Rajan says, teachers are allowed to carry firearms.

“It’s remarkable how that responsibility has been sort of abdicated, is how I would describe it,” Rajan says.The level of concern about deaths often depends on context, says Rajiv Sethi, an economics professor at Barnard College who has written about both gun violence and COVID-19.Even when talking about gun violence, the Buffalo shooting has gotten a lot of attention, but mass shootings represent a small number of the gun deaths that happen in the United States every year, Sethi says.“The result is that nothing is done,” Sethi says.“There’s been almost a sustained narrative created by some that tells people that these things are inevitable,” says Ranney, an ER doctor who did gun violence research before COVID-19 hit.

“It divides us when people think that there’s nothing they can do.”.

There is an emphasis in the United States on individual responsibility for one’s health, Ranney says — and a tension between the individual and the community