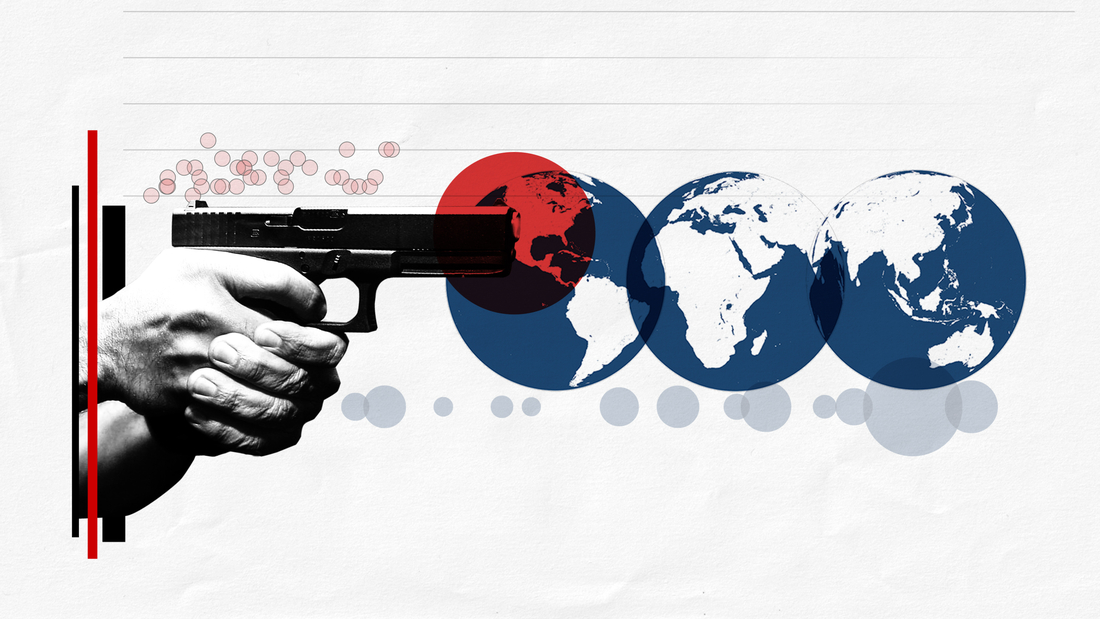 Nov 26, 2021 3 mins, 27 secs
America's relationship to gun ownership is unique, and its gun culture is a global outlier.As the tally of gun-related deaths continue to grow daily, here's a look at how gun culture in the US compares to the rest of the world.

But with an estimated 62 guns per 100 people, its gun ownership rate is almost half that of the US.

Yemen -- a country in the throes of a seven-year conflict -- has the third-highest gun ownership rate at 53 guns per 100 people.

However, multiple studies show that where people have easy access to firearms, gun-related deaths tend to be more frequent, including by suicide, homicide and unintentional injuries.

It is then unsurprising that the US has more deaths from gun violence than any other developed country per capita.

The gun-related homicide rate in Washington, DC -- the highest of any US state or district -- is close to levels in Brazil, which ranks sixth highest in the world for gun-related homicides, according to the IHME figures.Globally, countries in Latin America and the Caribbean suffer from the highest rates of firearm homicides, with El Salvador, Venezuela, Guatemala, Colombia and Honduras topping the charts.

Globally, the US rate is only lower than in Greenland, an autonomous Danish territory with relatively high gun ownership (22 guns per 100 people).

The US is the only developed country where mass shootings have happened every single year for the past 20 years, according to Jason R.

The Gun Violence Archive, a non-profit based in Washington, DC and which CNN relies on for its reporting of mass shootings, defines a mass shooting as an incident leaving at least four people dead or injured, excluding the shooter, and does not differentiate victims based upon the circumstances in which they were shot.

A 2019 study published in the British Medical Journal found that US states with more permissive gun laws and greater gun ownership had higher rates of mass shootings.

A 2019 United Nations High Commissioner for Human Rights report said that the law can encourage people to respond to situations with lethal force, rather than use it as a last resort.

In a 2020 essay published by the Center for American Progress, a liberal Washington think tank, gun control advocate Rukmani Bhatia said that the US gun lobby has seized a rights-based narrative "to justify, dangerously, the right to bear, carry, and use firearms." Stand your ground legislation, she said, "warps people's understanding about their rights to security and, in the worst cases, empowers them to take away another person's right to life."Meanwhile, countries that have introduced laws to reduce gun-related deaths have achieved significant changes.A decade of gun violence, culminating with the Port Arthur massacre in 1996, prompted the Australian government to take action.Less than two weeks after Australia's worst mass shooting, the federal government implemented a new program, banning rapid-fire rifles and shotguns, and unifying gun owner licensing and registrations across the country.

Britain tightened its gun laws and banned most private handgun ownership after a mass shooting in 1996, a move that saw gun deaths drop by almost a quarter over a decade.

The gun ownership rate per 100 people is not the same as the share of people that own guns, as some may own multiple guns and others may own none.