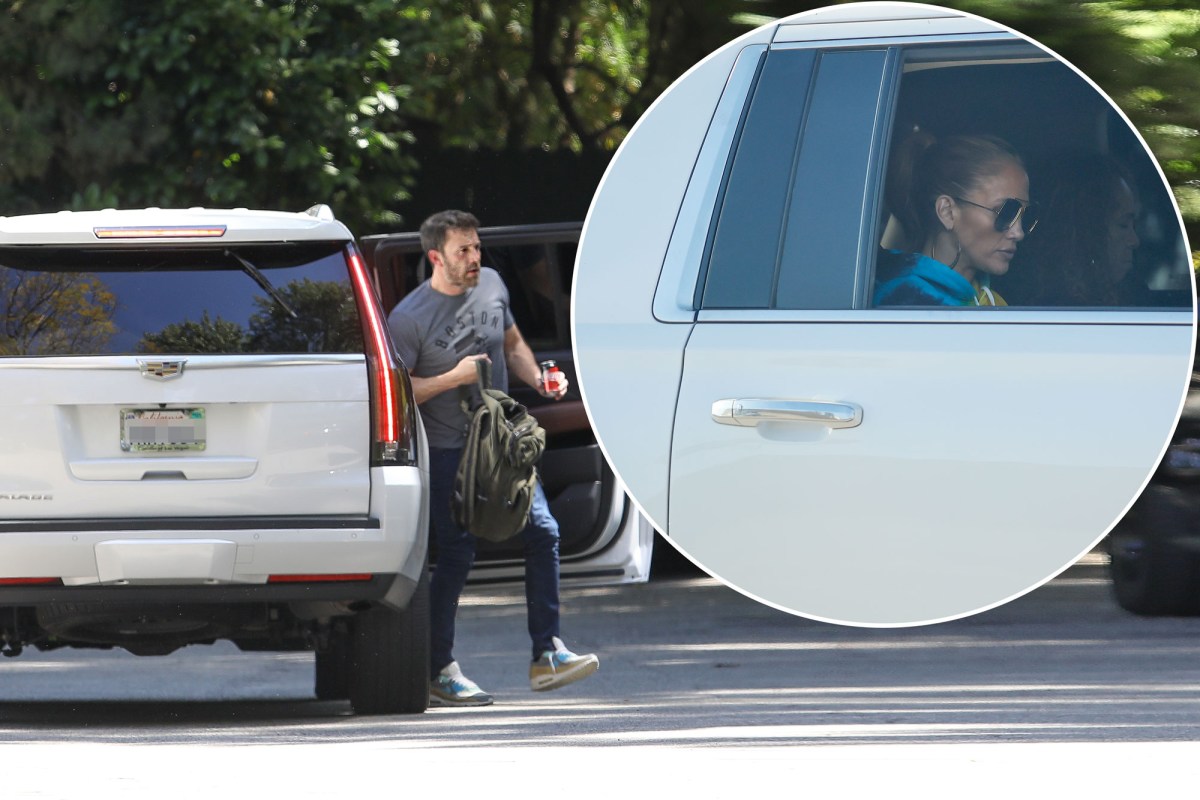 Apr 30, 2021 1 min, 14 secs
Jennifer Lopez and Ben Affleck have been spending time together in Los Angeles after her split from Alex Rodriguez, sources exclusively tell Page Six.The Oscar winner has been spotted multiple times going to J.Lo’s California home during the day, we hear, after having been picked up in a white Escalade SUV that allegedly belongs to Lopez and then taken to her nearby mansion.Affleck, 48, has allegedly visited Lopez, 51, three times since she returned to Los Angeles from shooting her new film, “Shotgun Wedding,” in the Dominican Republic.Page Six reported that Lopez was spotted out to dinner with Rodriguez on April 23 at the Hotel Bel-Air, the same spot where the exes went on their first date back in 2017.But A-Rod wasn’t the only former fiancé Lopez has allegedly seen since she got back in town.Sources told us that Affleck was spotted at the same hotel a day before J.Lo saw A-Rod, on April 22, being dropped off by a white SUV — which later drove Lopez and a business associate to a business meeting.Days later, on April 28, Affleck was allegedly seen coming out of Lopez’s Bel Air home, sources said.He was spotted again the next day, April 29, dropping his car at the Hotel Bel-Air in the morning and being picked up by the same white Escalade to go to J.Lo’s home.

About 3½ hours later, the same white SUV dropped him back at the hotel’s valet, sources said?