Joe Biden, America’s middle man: How his career of compromise has prepared him for this moment 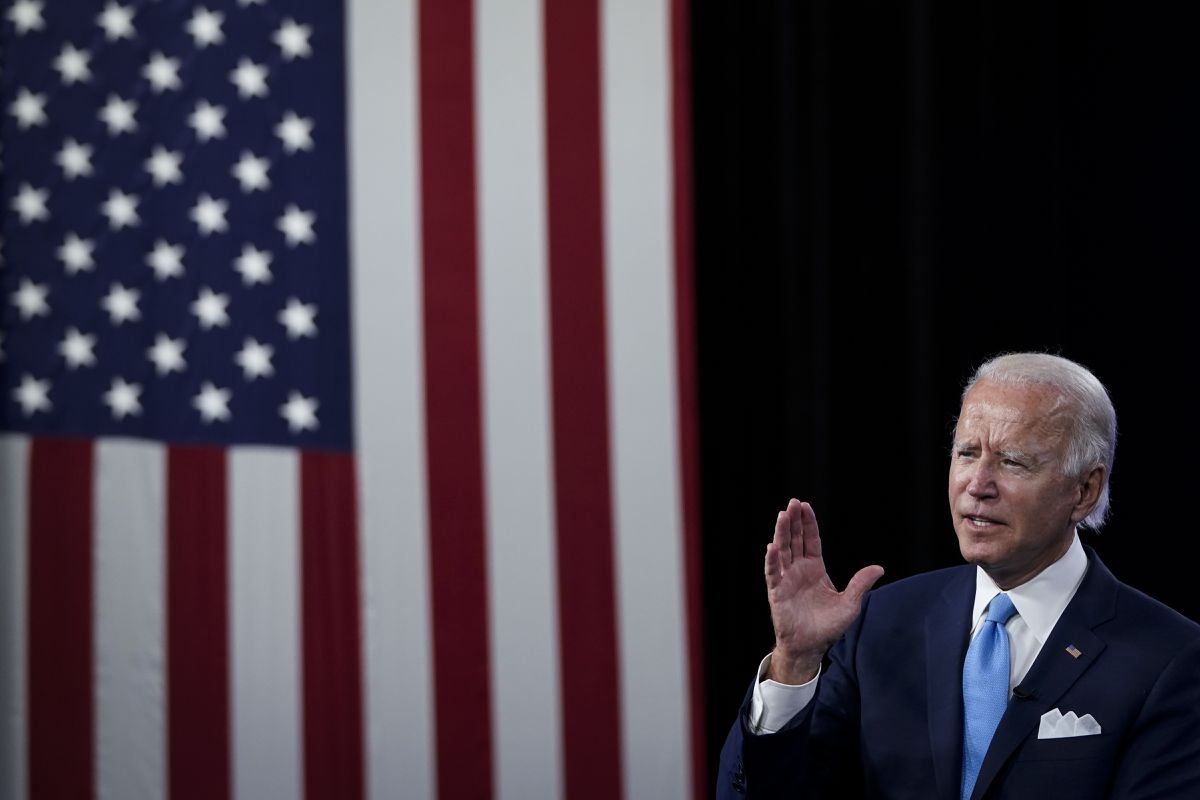 Audio for this article is not available at this time.

There’s a term in Joe Biden’s home state for the brand of politics practised here: the Delaware Way.

Biden is banking that his avuncular mien and conciliatory position can heal the national wounds wrought by Donald Trump’s incendiary politics.

Biden kneels on July 9 outside his childhood home in Scranton, Penn., where masked supporters gathered to take pictures of him at a distance.

Biden played football and made friends easily thanks to his extroverted personality.

Classmate Robert Markel remembers the Biden home as the hangout for their social circle.

Biden was a straight arrow who never drank or smoked, and told friends he was eyeing a career in politics.

Biden studied history and political science at the University of Delaware, followed by law school at Syracuse University in New York.

Biden would later recount that he wore a jacket and tie to class and didn’t take part in antiwar protests.

Biden sought a lifeguard job at Prices Run, an outdoor pool in a majority-Black area of Wilmington.

Dennis Williams, who frequented the pool that summer, says Mr.

He favoured building more affordable housing, for instance – but only 25 units at a time.

Biden as he sought advice for the campaign.

The young councillor, he says, hoped to fashion his political style after that of the Kennedys.

Biden was sworn in by the boys’ hospital bedside.

And in 1977, he would get married again, this time to schoolteacher Jill Jacobs, with whom he has a daughter, Ashley.

“The arrangement that Delaware has with corporate power and this concept of, ‘We can get political leaders and corporations in the same room and figure out what’s good for everyone’ often leaves out the actual people who are most affected by those decisions,” says Jessica Scarane, 34, who is challenging one of Delaware’s incumbent Democratic senators in next month’s primary.

As an example, she points to a state decision earlier this year to give Amazon US$4.5-million to build a new warehouse at a time when some local school boards were running out of money.

Both laws would later be blamed for the 2008 financial crisis and Great Recession.

Biden worked with Republicans on the Bankruptcy Abuse Prevention Act, which made it harder for Americans to declare bankruptcy and easier for creditors to squeeze money out of broke debtors.

The company would also later hire his son Hunter.

He came to that view over a period of time, and once he was convinced of that view, he was all in.

Biden hunkered down at his home in Delaware to rehearse the hearings, with Prof.

Biden drew up the Violence Against Women Act, which imposed tougher penalties for domestic violence, put more money into prosecuting such crimes and made those convicted pay restitution to their victims.

Biden spoke regularly with survivors of domestic violence, both in public hearings in Washington and privately in Delaware.

Biden listened to them in a way that I had not imagined,” says Prof.

“There is no man that I know of in as powerful a position who has ever worked so hard on something like this.”.

At the same time as he was working on this Act, however, Mr.

One staffer who worked with Mr.

Biden at the time says his mistake was trying too hard to be collegial with the Republicans, which led him to make concessions to Mr.

Tribe, for his part, says Mr.

Years later, one of Mr.

Biden’s office employees from this time, Tara Reade, would accuse him of pushing her up against a wall in a Capitol Hill basement and penetrating her with his fingers in the spring of 1993.

Reade said she complained at the time, have said they did not receive any complaint.

Biden ran for president a second time in 2008.

Biden described his rival Barack Obama as the first Black candidate to be “articulate and bright and clean.” Mr.

And the long-time legislator worked Congress to push through the Recovery Act, Mr.

“He did all of the hard things up on the Hill,” says Prof.

On the home front, Mr.

His eldest son, Beau, who had been attorney-general of Delaware and was eyeing a run for governor, died of a brain tumour.

Biden would later say his grief over Beau’s death ultimately made him decide not to run for president in 2016.

Biden described how low-income parents could do better at raising their children.

Biden – they’re so certain he would fail to take any sort of bold action in office, they argue it wouldn’t be worth defeating Mr

“With Biden, we would see complacency,” says James Woitas, a 22-year-old Oregonian who volunteered for Mr

Biden, he says, understands politics as the art of the possible

“Biden does compromise,” he says