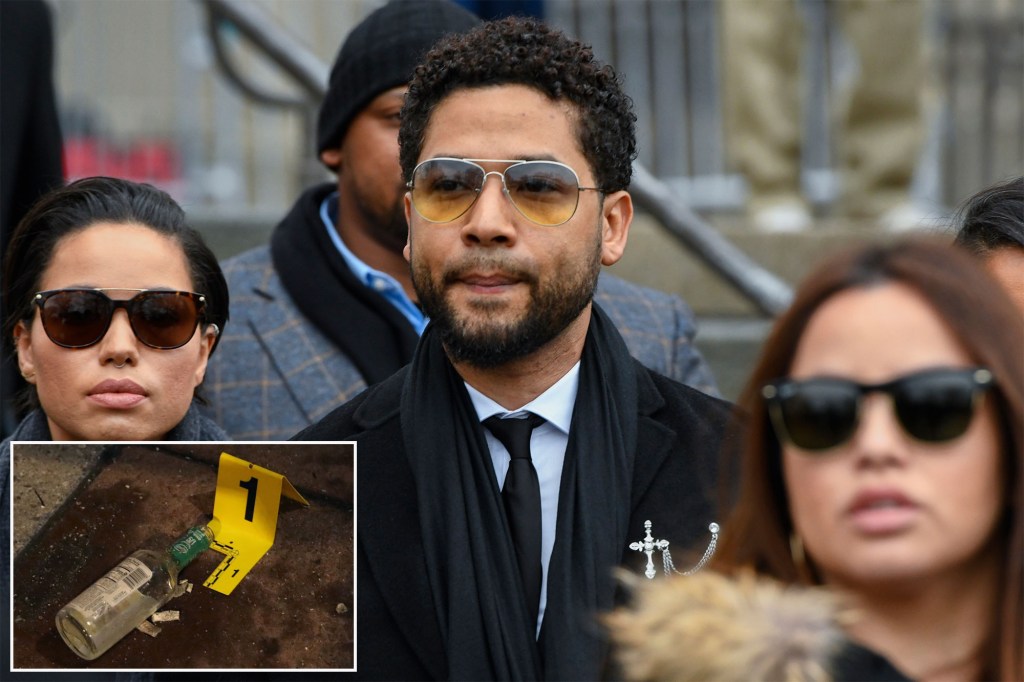 Dec 01, 2021 44 secs
CHICAGO – The defense at Jussie Smollett’s trial on Tuesday grilled a city police detective over a key piece of evidence that was recovered by a Post reporter.A hot sauce bottle with the odor of bleach was found by the reporter more than a week after an alleged attack on Jan.Smollett’s attorney Nenye Uche asked city police Detective Michael Theis, one of the lead investigators in the case, if a hot sauce bottle was used to contain the bleach.

A container for the bleach was not initially recovered by investigators, but The Post reporter found the hot sauce bottle nine days after the alleged attack, on Feb.

The brothers, who said they were paid by Smollett to stage the attack, admitted to police that the hot sauce bottle was used to fill with bleach and poured onto the actor, the Chicago Police Department said previously