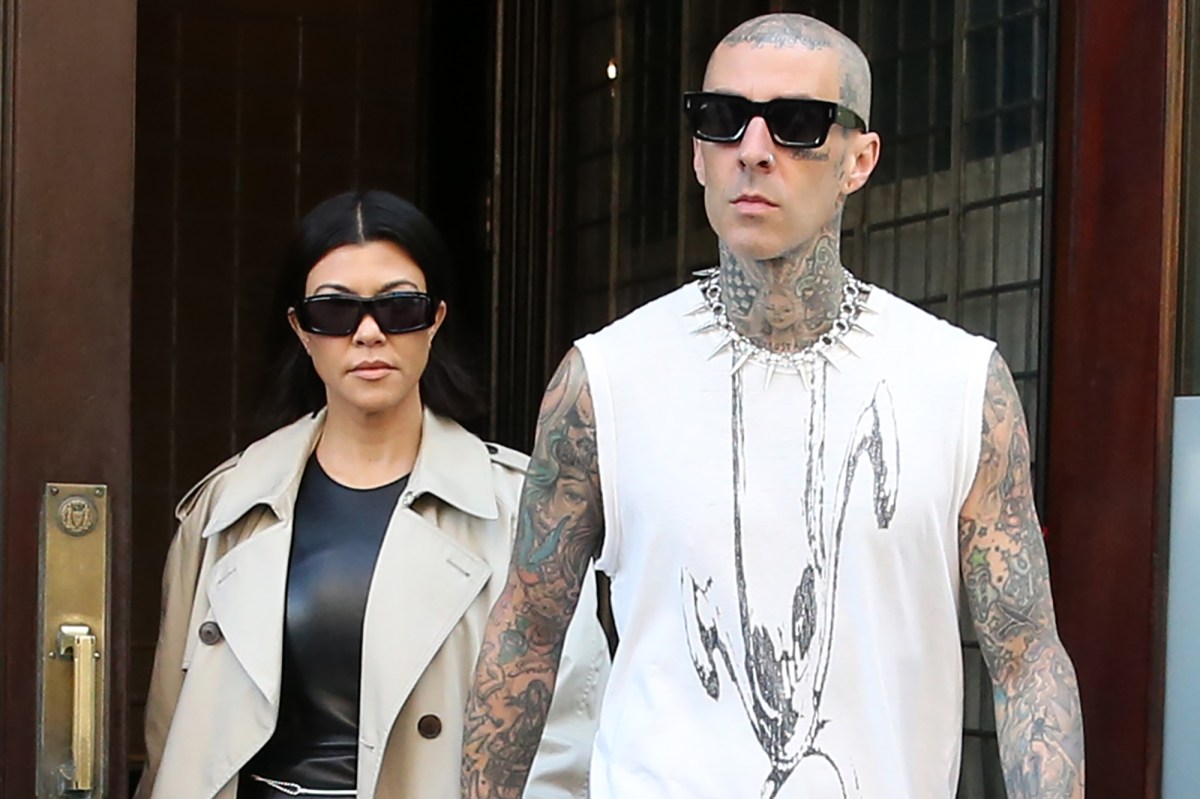 Oct 16, 2021 58 secs
It was flying hell in business class for Kourtney Kardashian, 42, on her Delta flight from Los Angeles to New York on Wednesday when the reality star frantically searched for a phone.The eldest Kardashian sister raised a stink when boyfriend Travis Barker, 45, dropped his phone between their business-class seats as the plane was departing the tarmac.As the plane was taking off, Kardashian started “frantically searching” for the phone and demanded “five more minutes” when the flight attendant asked her to take her seat, a passenger on the flight told Page Six.Barker remained in his seat and the flight attendant asked the “Keeping Up With the Kardashian” star to remain in hers, but “she was freaking out and kept saying, ‘give me five more minutes,'” the source said.

She was in the aisle and was even bending over and using the light from her phone to search for it,“ the passenger told Page Six.