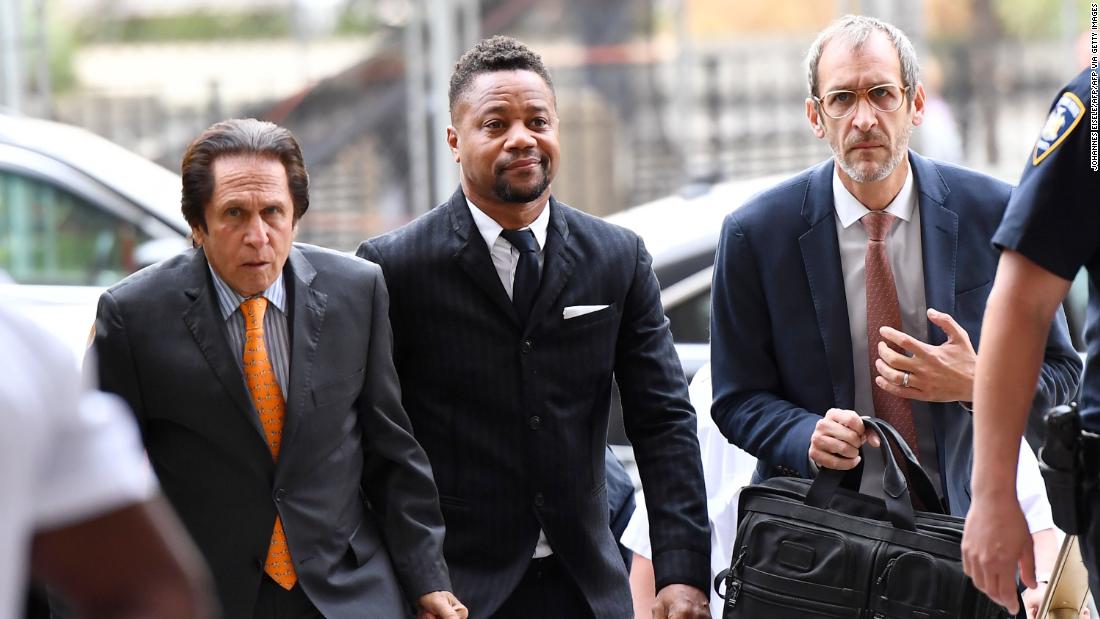 Gooding arrived at the New York Supreme Court wearing a black face mask, which he briefly unhooked to reveal that the inside read "Black Lives Matter." He was flanked by his attorney Peter Toumbekis, who argued in court Thursday to be able to question people seen in a video around the time Gooding allegedly abused women.

"We believe that the video unequivocally will show that Cuba committed absolutely no crime and we expect this case to be dismissed in one day," Toumbekis said.

Assistant District Attorney Jenna Long argued to block the defense from questioning the victim about the past abuse, which Long said has nothing to do with what she alleges Gooding did.

He also argued to be able to question the victim about her proclivity for threesomes over monogamous relationships.