SpaceX Plans to Beat NASA in Launching the Biggest Rocket Ever - Yahoo! Voices 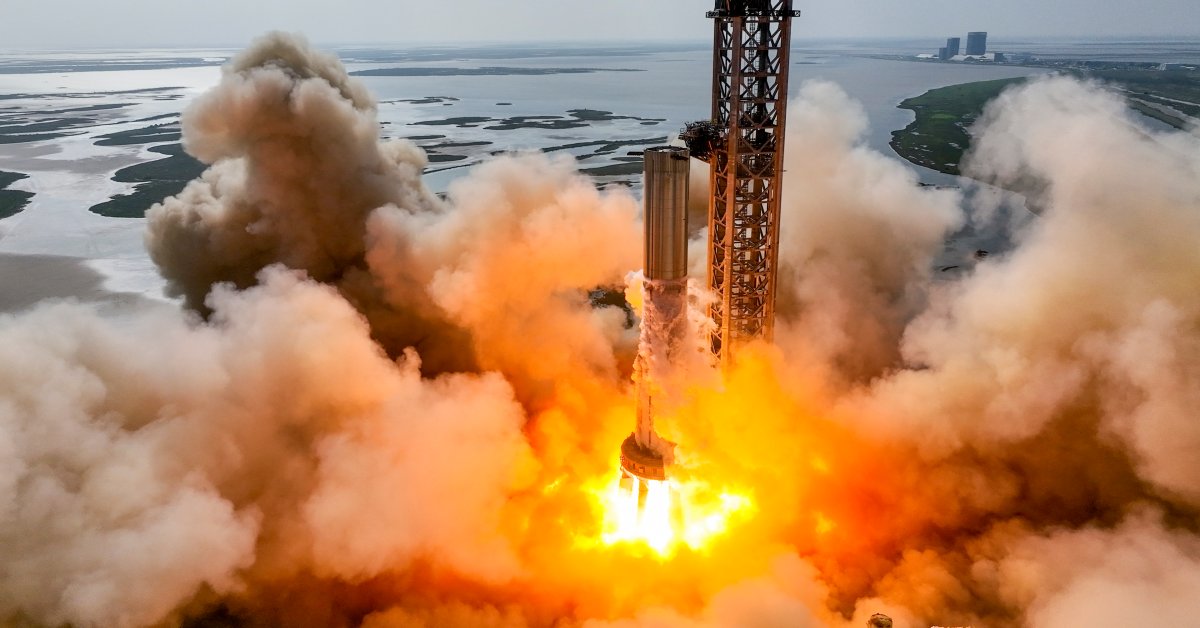 As Space.com reports, earlier this week, SpaceX successfully test-fired 11 of the 33 engines on its Brobdingnagian Super Heavy rocket, a beast of a machine that, when all of its engines are lit, will produce more than 7.25 million kg (16 million lbs) of thrust, nearly double that of the SLS.